This devotional is about Genesis 13.

Abram and Lot must have had some kind of close personal relationship. Genesis 11:31 told us that Lot was Abram’s nephew. The fact that Lot went with Abram (12:4) when Abram left Ur suggests a close, personal friendship between Abram and Lot, one where Abram was most likely a mentor that Lot looked up to.

God had promised, in Genesis 12:3, that he would bless anyone who blessed Abram. Lot’s personal association with Abram sure seems to have brought God’s blessing to Lot’s family. As we read today in Genesis 13:6, Lot and Abram became so wealthy that “they were not able to stay together.” So, they separated themselves geographically and Abram graciously gave Lot the power to choose which land each of them would inhabit (vv. 8-9).

Verse 10 told us that Lot made his decision based on what would benefit him most economically. As a rancher, a “well watered” plain “like the garden of the Lord” would provide the best environment for Lot’s flocks and herds to thrive, contributing bigly to Lot’s bottom line. So Abram and Lot parted for economic reasons and Lot chose his next home for economic reasons.

Verse 12 told us that “Lot lived among the cities of the plain and pitched his tents near Sodom.” The next verse told us that Sodom was inhabited by wicked men. When I was growing up, messages I heard on this text suggested (maybe even stated directly) that Lot “pitched his tents near Sodom” because he was curious about the wicked lifestyle of the people who lived there. I don’t think that is correct, based on 2 Peter 2:7-8. I think Lot lived near the cities, especially Sodom, because it gave him a great market for his livestock. So, again, he chose what was best for himself and his family’s prosperity despite the spiritual threats Sodom would pose to his family.

I believe the prosperity gospel is wrong, a heretical distortion of the gospel. But I don’t believe that prosperity is wrong; in fact, I believe that we should prosper—unless God chooses not to allow us to prosper–because our faith causes us to work hard and act prudently with money. So, I’m pro-economic growth for all of us within the sovereign and the moral will of God.

But, if prosperity drives all of our decisions, we will make bad moral choices (see 1 Timothy 6:10). This happened to Lot, as we’ll see.

How about you and me? Do we choose to take a job with a better salary without considering how it might affect our families? What about the choices we make when it comes to spending money? Are your kids enrolled where they are in high school or college because you can save money that way? Did the spiritual and moral costs of that decision factor into your choice? Money is important; we all need it to live and I pray for the prosperity of our church members within the will of God. But don’t let money drive you to make disastrous moral decisions.

Lot would have been so much better off if he had offered to reduce his flocks and herds so that he could stay with Abram. He probably wouldn’t have been better off economically–at least not at first–but he would have retained the moral example and instructions from Abram which would have benefited him in every area of his life. Be wise; don’t allow every big decision you make to be decided only to the money needed. 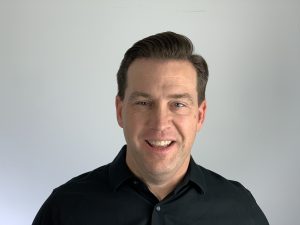 I am a follower of Jesus Christ, a teacher of His Word, Senior Pastor at Calvary Bible Church of Ann Arbor / Ypsilanti, Michigan. I am a husband and father of three.

I hold a Bachelor of Arts in Bible, a Master of Divinity, Master of Theology, and a Doctor of Ministry degrees.